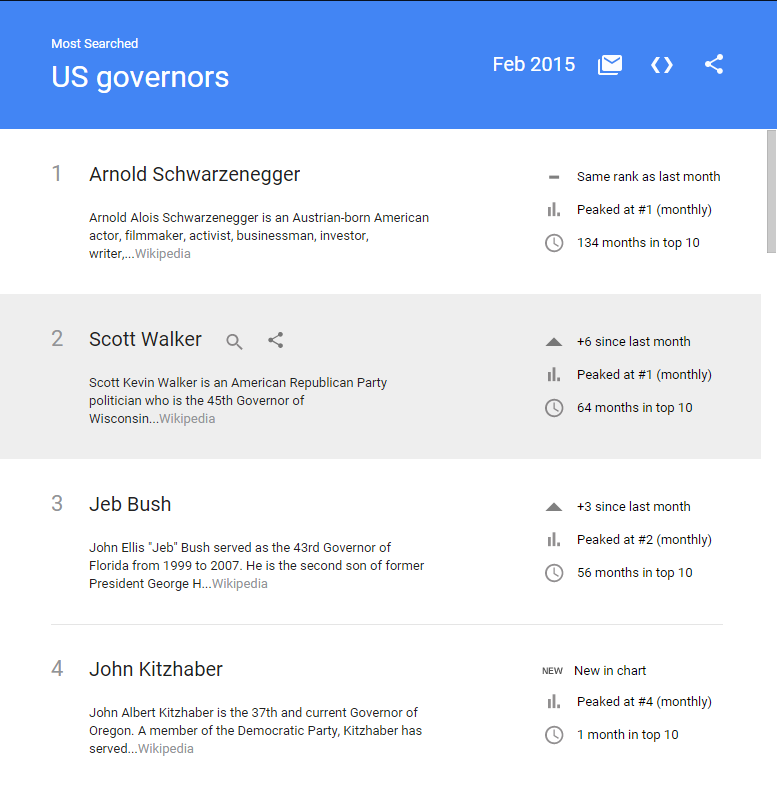 The next time you wonder why our founding fathers gave us a democratic republic instead of a democracy, open up Google Trends and find the “Chart: Most Searched US Governors.”

The number one result is Gov. Arnold Schwarzenegger, the former Governor of the state of California.  His name has been in the top 10 of most frequently searched governors for over 11 years– that’s longer than the second and third people on that list combined— and he hasn’t been the Governor of California since 2011.

I think it’s fair to say that celebrities have a HUGE amount of influence over the voting population in the United States.  Something to keep in mind.