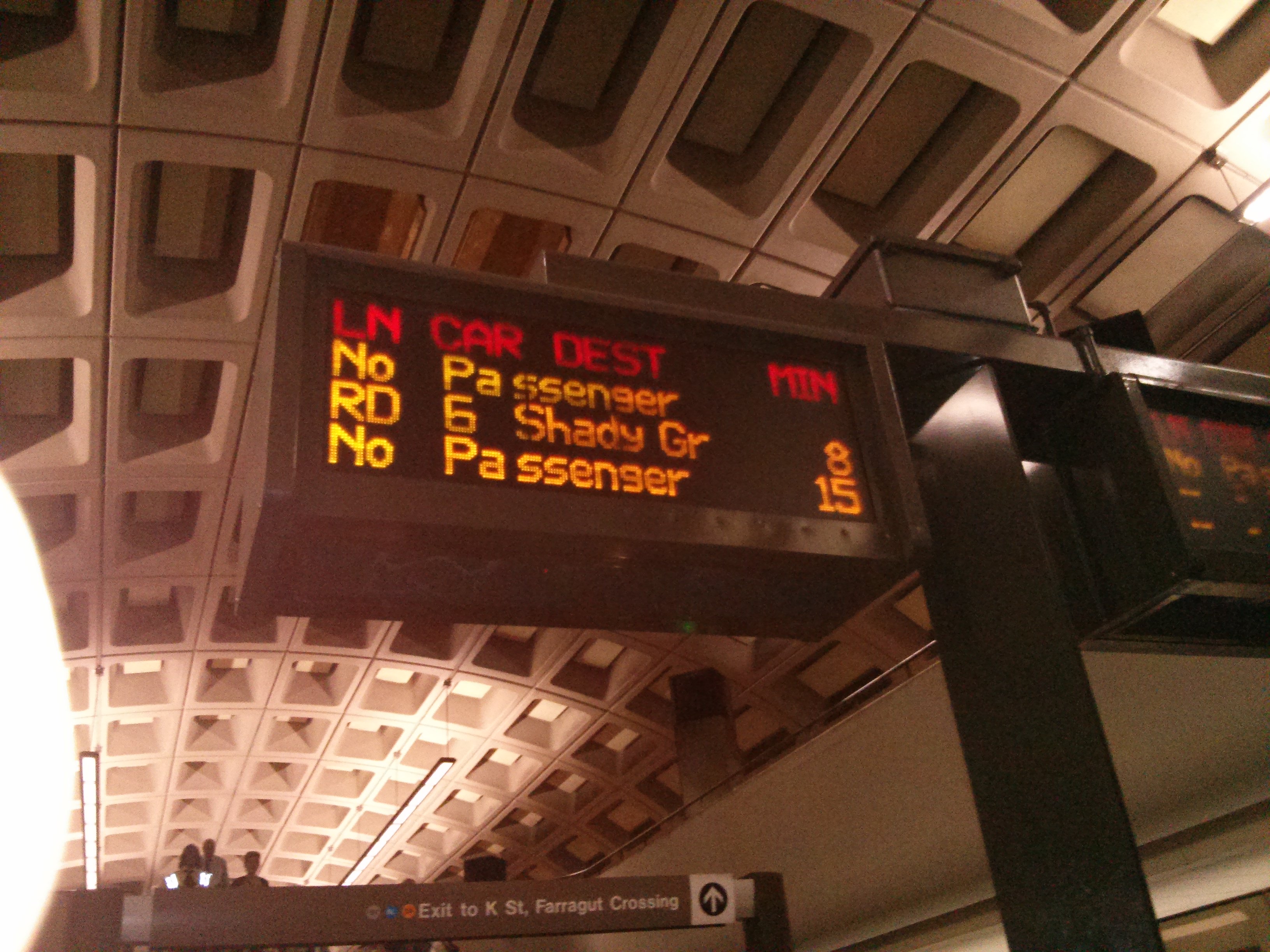 If you live in Virginia and use DC Metro to get to work in the District of Columbia, eventually you will be introduced to the mystery/hyperbole of the “Farragut Crossing.”

Basically, the DC Metro system consists of a series of color coded tracks (e.g. orange, red, etc.) which occasionally interconnect at certain stations, such as Metro Center. If you change from one line to another at a station where both lines converge, there’s no charge– but once you exit a station, you’ve paid your fare and going into a station after that point will cost you another fare.

But like every rule, there’s always an exception. In this case, that exception is called “Farragut Crossing.”

On the orange line there is a station known as Farragut West and on the red line there is a station known as Farragut North.  As you’ve probably guessed, these two stations are in close proximity to each other (they form two corners of Farragut Park) and you can walk above ground between them in well under five minutes.  This makes it a great place to “jump” between the red and orange lines, without traveling all the way through Metro Center– and in this particular case, WMATA will not charge you for going out of one station and into another. This basically gives you an incentive to try to save the time you would spend traveling between three “extra” stations (Farragut West -> McPherson Sq -> Metro Center -> Farragut North).

The question is: Does the Farragut Crossing really save time?

My girlfriend and I decided to put it to the test the other day, each of us taking different paths from Farragut West to Dupont Circle during the peak morning rush. The time difference in this case was slightly less than two minutes. During off-peak times when trains arrive less frequently, I think any time you might save will be lost waiting for the next train to arrive.