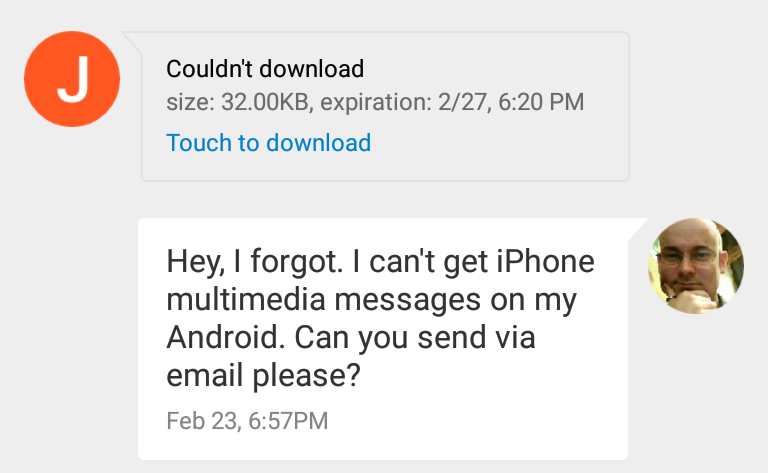 Last September, I noticed my Nexus 4 phone began having intermittent trouble downloading images attached to text messages. I know waiting six months to fix this problem might seem a long time, but I’ve had more pressing matters with which to contend, so it wasn’t until two weeks ago I started researching the issue.

Unfortunately, this issue has a lot of noise and confusion surrounding it– and Google searches revealed many similar complaints in Android forums, cellular phone forums, etc. I’d originally believed the problem might be an iPhone vs. Android thing (different ways of encoding the attachments, perhaps?), but finally realized the common denominator was the images were being sent from phones on the AT&T network.

In my particular case, the culprit was my phone’s APN (Access Point Names) settings.

Fortunately, I found an AT&T esupport note called “Programming non-AT&T devices with the correct APN and MMS data settings” that explained how to enter the correct settings on my Android device. Once I updated those settings, I was able to receive multimedia messages again.  Hopefully, this blog post will help someone else who is experiencing this same issue.